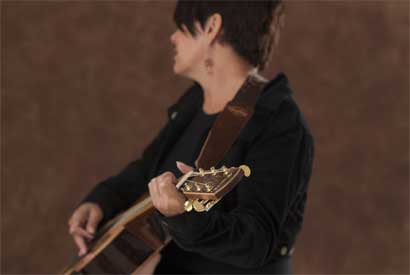 From a very young age, I dreamed of being a songwriter. As a teenager, Elton John’s music was a constant on my turntable, and I was intrigued and captivated by Bernie Taupin’s amazing lyrical poetics. I knew that’s what I wanted to do someday. Life often takes us on journeys we don’t expect, and sometimes it takes longer to follow our dreams. I grew up and became a successful professional writer and marketer – but didn’t pursue songwriting until much later. I suspect along the way I was subliminally influenced by my grandfather, Frank “Frankie” Parrish. He was a tenor, multi-instrumentalist, songwriter and recording artist in several of the Big Bands that were popular in New York City during the 1930 and 40’s and recorded on the Brunswick and RCA Victor labels.

He performed with the Charlie Davis Orchestra, Buddy Rogers’ Orchestra, Abe Lyman and His Californians, Jimmy Grier’s Cocoanut Grove Orchestra, the Madrigueras Orchestra, Emery Deutsch Orchestra, Xavier Cugat, Joe Rines and other popular acts. In the 1950s he had his own radio show on WIRE in Indianapolis. While I unfortunately never knew him (he died before I was born), I feel grateful to have inherited a piece of his beautiful passion for music.

When I share my music with others and they think I am writing about them personally, I’m reminded of the many joys music can bring to us.

Learn more about how the Chameleon Company can work for you.